So as we've been doing it for the last 6 years, we've released a new design each month. Starting now we've decided to release a design every two weeks. But not only will we be making more designs, we will be making our print runs even smaller to limit quantities. Meaning more different items for you to choose from!

This month's newest design is NO ESCAPE. A reiteration of our very popular ASYLUM tshirt. I love the idea of this crazed maniac in a straightjacket. It reminds me of watching Silence of the Lambs for the first time when I was about 10 or 11. It was playing on tv and I caught it at the moment Hannibal was in the straightjacket with his famous mask on, and the way it was filmed lead me to believe I was watching real news footage. That haunted me for a long time, and a few years later when I rewatched it I loved the movie. So I wanted to recreate a similar creepy Akumu Ink version of that visual. 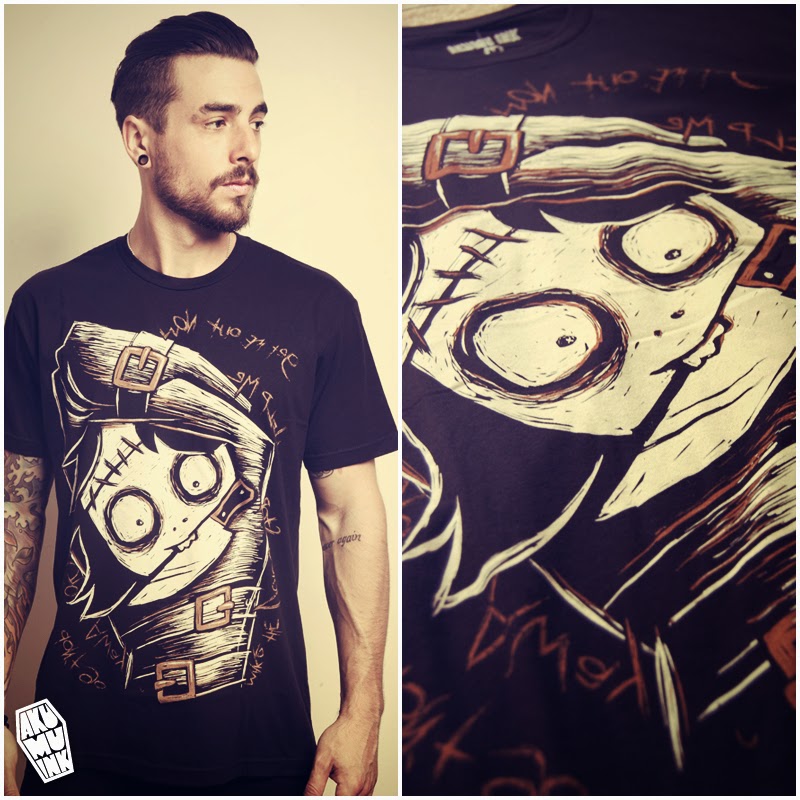