Back in July we went to Europe. I posted a while back the sights that we saw while in Spain, I've been procrastinating ever since to post our Switzerland and Paris photos. We took 1,862 photos during the course of the entire trip, so you can understand why I've been putting off going through and editing all those photos.

Since we were only in Paris for 4 days and had never been there before we wanted to hit as many touristy landmarks as possible. These included: The Paris Opéra, the Eiffel Tower, le Moulin Rouge, les Galeries Lafayette, le Cathédrale Notre Dame, Musée du Louvre, and le Musée de l'Orangerie. What's fun about Paris is taking photos, every time I looked through the camera's lense I was blow away by how gorgeous the city photographs. Everything from the architecture, to the lighting, to even the clouds in the distance look the way you would want Paris to look.

One thing I wasn't expecting was that I ended up speaking more English than French?! Having been born in Quebec, my second language is French, and I'd like to think I speak it pretty well. This being said, I never felt so out of place than speaking French to people in Paris :P Oh well, overall it was a great trip. Check out the photos below, and stay tuned for Pt.2 as that will be photos of the L'Ouvre Museum.

This is the Paris Opéra.

This is the domed ceiling from Galeries Lafayette.

This is the 2-3 hour lineup to take the elevator up to the top of the Eiffel Tower (which we just got back down from).

Is that a Space Invader art piece in the top left corner? 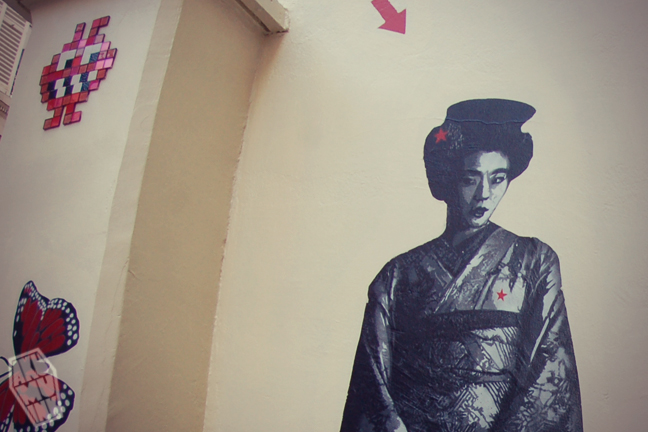