Back in 2007, after dating for only 3 months, Aldora came up with the random idea to start a t-shirt company. 6 months later Akumu Ink was online and we sold our first t-shirt. We struggled for the next 7 years, and maxed out multiple credit cards but we never gave up on ourselves.

We arrived in California in 2014, and we can finally say we're in a better place with Akumu Ink than we've ever been. I thought it was a good time to make sure my partner in business would remain my partner in life. Without her, none of this would happen. Not only did she come up with the idea of starting the brand, but she continued to believe in it and work hard alongside me every day to make it happen.

A bunch of family and friends were asking for a photo of the proposal, but we didn't take any as I proposed at night. So I drew this instead, it's the most accurate description of the moment. 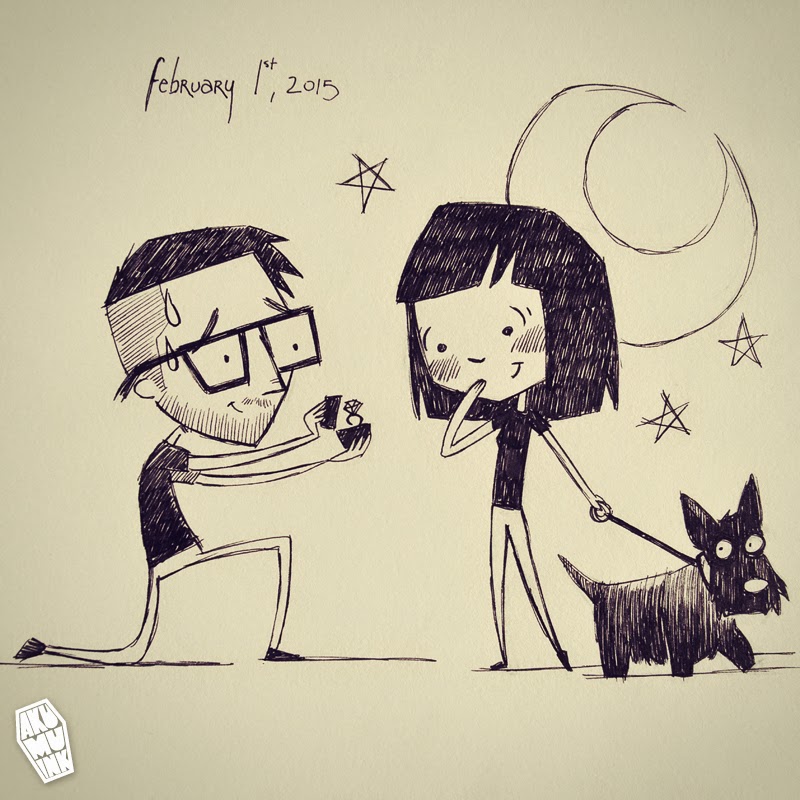 Update: We got married that same year.