Loading
Skip to content
Happy New Year! WE SHIP WORLDWIDE FROM HOLLAND. ORDERS ARRIVE WITHIN 5 BIZ DAYS*
Cart 0
It's the beginning of the month, and you know what that means...New designs! These designs are from our Summer 2013 collection. First off is The Portrait. I was inspired by those Victorian silhouette portraits that you often see in circular frames. I loved the idea and wanted to create a version with these extremely contrasted skull paint, almost like a sugar skull for Victorian times. Partially inspired by the Baron Samedi, and my recollection of Batman Forever (1995) when Robin fights the gang in the crazy glow in the dark tribal makeup. 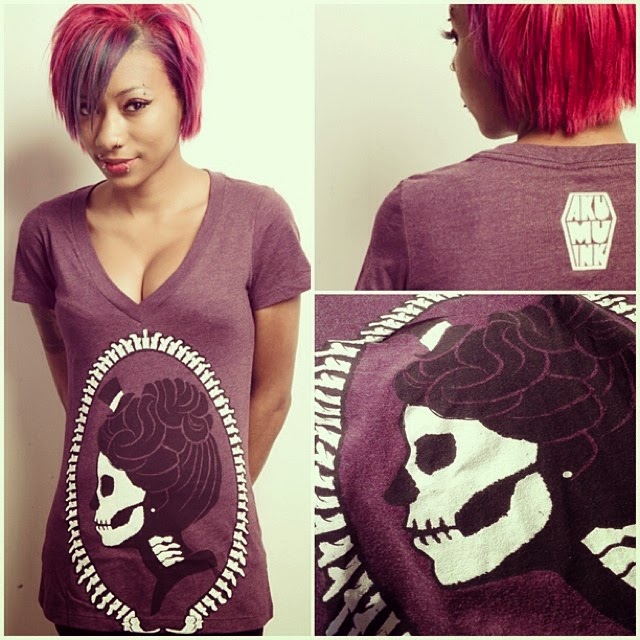 My other design is based off a character I've been trying to portray for a while but was worried the style would be too different. I keep imagining him as this hopeless romantic that doesn't know he's dead and just continuously misses his wife. He doesn't know where she is and why she isn't coming back to him. I felt like putting him in this rocking chair just mad him so incredibly lonely, and even more so when you see him clutching onto that bottle with the heart in it. If you want to see an animated version of this sad little guy check out the Die Alone video on our youtube channel. 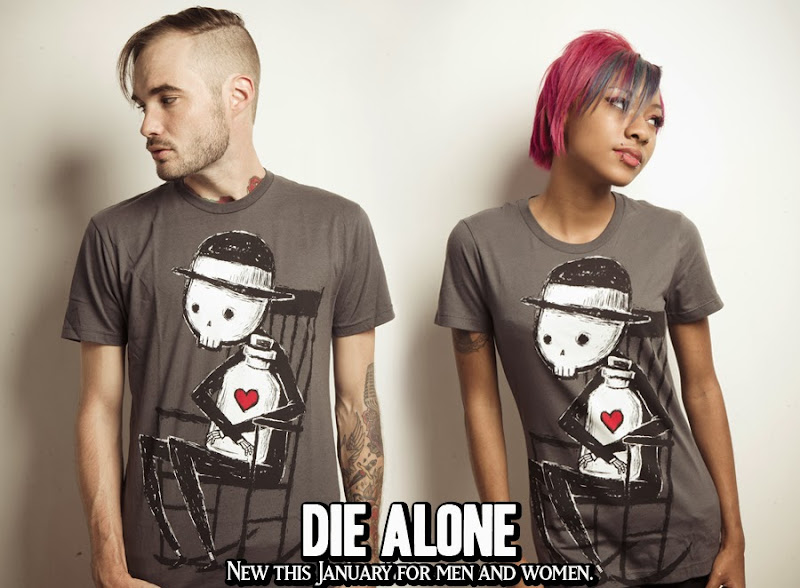