Chargement
Passer au contenu
SOUTENEZ L'UKRAINE EN FAISANT UN DON. CLIQUEZ ICI POUR PLUS D'INFOS.
Panier 0
When we rebooted the brand 2 years ago (already) we had kept a bunch of the same original designs. At the time we felt they were strong enough to introduce to the entire world. Some of those designs are still available on our website and in production, but some have fallen off and are slowly being picked off one at a time until there will be none left. In the meantime we've been introducing tons of new pieces, our print runs have gotten smaller so they are lasting a lot less time. Because of the people we work with we've been able to produce new designs for almost the same cost to reprint old designs, in this case we are now excited to continue producing newer stuff. Anyways, enough of that. Let's now pay homage to these deceased designs: 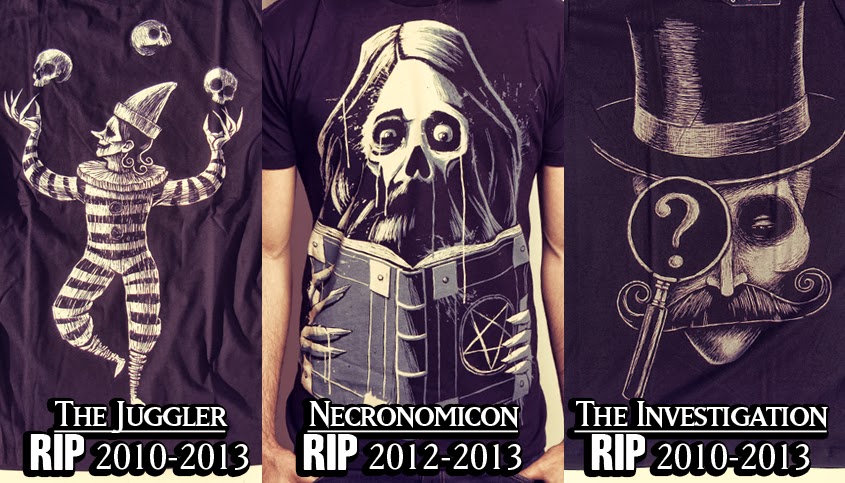 The Juggler: This design was created after watch Dark Knight. The original concept was always, what would the Joker wear when not his purple outfit? Original post here. The Investigation: This was originally part of these very adult/abstract concepts I was doing when we started along with the original Faceless and Ripper designs. Original post here. 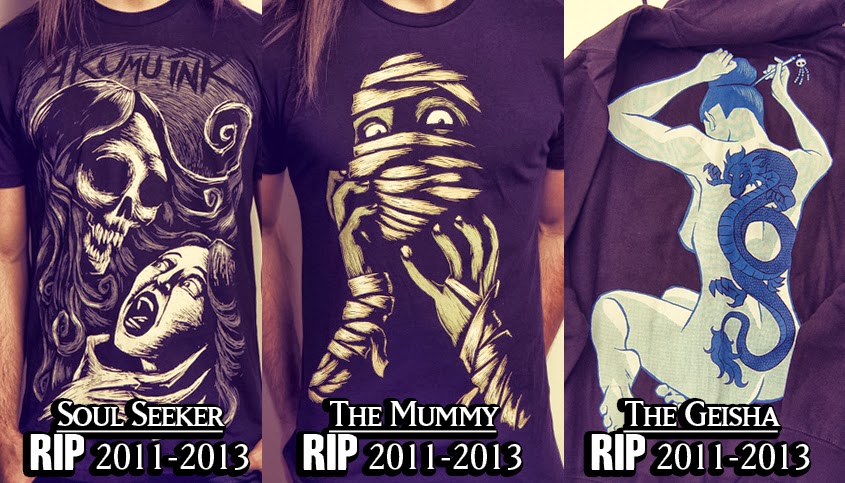 Soul Seeker: Released in Feb 2011, this was one of the later designs before our reboot. I was inspired by what artist Godmachine was doing at the time, and wanted to try a design in that style. This is probably why this design feels like it doesn't really fit in with everything else. Here's the original post. The Mummy: Originally released alongside the Juggler design as a 1 colour purple design. This design was originally called Suffocate. Find original post here.
Partager Partager sur Facebook Tweeter Tweeter sur Twitter Épingler Épingler sur Pinterest
News

Why We No Longer Sell at Comiccons in the USA
Chargement